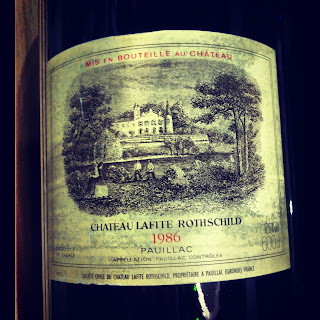 10,000 bottles of fake Chateau Lafite have been found in an abandoned house in the Zheijang province.

Even though China takes forgery very seriously – recently death sentences have been handed out to forgers of expensive products – this still remains a serious problem in Asian fine wine market. Lafite Rothschild has already won six lawsuits against Chinese firms that were counterfeiting wine.
However it would appear that it was not Lafite Rothschild that was found, but DBR (Domaines Barons de Rothschild) Collection brands, including Legends, Saga and Reserve Speciale.
As fine wine is becoming a highly treasured commodity in China, these instances of forgery are becoming more rampant. DBR has now implemented security measures to try to counter these forgeries. Prooftag labels have been added to every bottle of Lafite Rothschild from the 2009 vintage.
Around 50,000 bottles of Lafite are imported to China every year.
Capital Vintners offers the best Lafite Rothschild wines for investment. Check out our website for more information http://capitalvintners.com/wines/2/bordeaux-first-growths
By continuing to browse the site you are agreeing to our use of cookies.