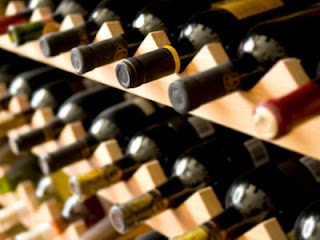 Another Chinese-owned negociant is set to open in Bordeaux next month as the Asian wine market continues to make a mark on the French region.

Chinese businessman Jinshan Zhang is responsible for the exciting new venture. The first Chinese-owned negociant in Bordeaux opened in 2008 and employs seven people, including three Chinese speakers. The new negociant – Chateau du Grand Mouëys – will aim to export roughly 60 per cent of the annual 350,000-bottle production.
A negociant is a French term for a wine merchant who assembles the produce of smaller growers and winemakers and sells the result under its own name.
Mr Zhang’s foray into Bordeaux is yet another demonstration of the rise of the Chinese fine wine market and its interest in French vineyards.
With Chateau Margaux recently employing a new business development officer in Shanghai and also launching a Chinese language site, it is clear that there are major opportunities for investment in fine wines that are clearly cherished and beloved by a rapidly growing Chinese market.
Capital Vintners buys and sells the finest Bordeaux First Growths, including Chateau Margaux: http://www.capitalvintners.com/wines/2/bordeaux-first-growths
By continuing to browse the site you are agreeing to our use of cookies.