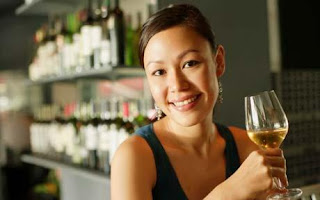 China is due to become the world’s second largest market for luxury goods in the space of five years.

Luxury goods sales could reach $302 billion worldwide this year, up four per cent from 2011.
Fine wine, especially Bordeaux wine, dominates the luxury goods landscape.
Most of the large UK merchants report between a third and a half of their business coming from China.
Capital Vintners will be opening up an office in HongKong in the near future to take advantage of this surge in the Asian markets.
As the Western world battles with recession, China and the other BRIC (Brazil, Russia and India) nations are forging ahead.
Euromonitor said: “Benefiting from a fast-growing middle class and a fast-developing luxury distribution network, sales of luxury goods in China have consistently outperformed the global market.”
According to Vinexpo, wine consumption in China grew 140 per cent in China from 2006 to 2010 and by 21.5 per cent in 2011 alone. Today China is the fifth largest aggregate consumer of wine worldwide, after France, the United States, Italy, and Germany.
The new craze for Chinese businessmen is to shout “ganbei” (bottoms up) and down shots of Chateau Lafite, a very expensive toast indeed. Of course this is not the only way that the Chinese enjoy fine wines, but it signifies the change in culture towards more western ideals of luxury and decadence. Wine is more than just a drink; it is a status symbol.
By continuing to browse the site you are agreeing to our use of cookies.