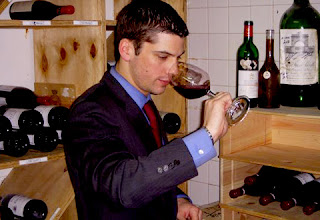 Capital Vintners is excited to hear that four Michelin-starred chefs and Arnaud Christiaens, a French hedge fund manager and oenophile, have joined forces to create a new wine brand from four different Bordeaux appellations.
The chefs – Bruno Menard, Frederic Anton, Alain Dutournier and Yannick Alleno – have been working with Gerard Basset, a World Champion Sommelier, to create something new and exciting.
Known as Le Secret des Grands Chefs, the project consists of four 2009 wines from small vineyards in Paulliac, Saint-Emilion Grand Cru, Médoc and Pomerol.
President of the project Arnaud Christiaens said: “I am delighted to introduce Le Secret des Grands Chefs, the fruit of four years’ hard and dedicated work that has been a struggle to keep secret. The combination of talents from Châteaux owners, the best Chefs, financial support and outstanding soils can add up to more than a simple Cartesian formula. It is a great story of man and nature in harmony.”
Christiaens added: “We wanted to produce a new ‘Grand Vin’. Many said it was impossible. But we did it.”
We look forward to seeing (and tasting) the finished product at Capital Vintners very soon.
By continuing to browse the site you are agreeing to our use of cookies.