What will the appointment of Francois Hollande mean to the French wine industry?
We already know that France’s new president, Monsieur Hollande, is apposed to the austerity measures and plans to reduce the retirement age (from 62 to 60) but what does he plan to do for the wine industry?
Well initial projections are pretty good, Hollande is much more ‘pro-wine’ than his predecessor (Sarkozy was even quoted as saying he preferred Coca-Cola to wine) and is never afraid to be photographed drinking it. While he was running for president, Monsieur Hollande visited several wine growers and seemed genuinely interested in strengthening the French wine industry. He wanted more exports to the far east and he listened carefully to what Chateau owners had to say. He does however believe one of the country’s main ways out of recession is through heavier taxation on the rich – which won’t go down well in many quarters of wine trade. 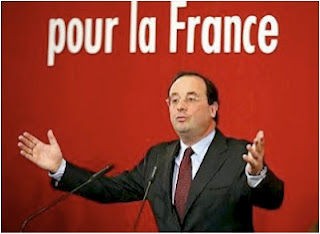 Many members of the wine lobby still haven’t forgiven the socialists, for passing the Loi Evin in 1991, named after the then Health minister Claude Evin. His measures imposed huge restrictions on the advertising of alcohol and tobacco. France has always placed huge significance on wine, yet bans the advertising of alcohol – ironic wouldn’t you say?

The new French president has no intentions to abolish Loi Evin, but he does want to promote wine as an integral part of French culture. However, this is something he has to balance with his social conscious, as he also set out to promote ‘responsible drinking’ in his manifesto. ‘Binge-drinking’ may not be as widespread in France as it is in the UK, but France does nevertheless have one of highest alcohol consumption levels in Europe per person. Hollande’s view on the Loi Evin is that the law has its virtues, its limits and its constraints, but believes it is better to promote wine through gastronomy, terrier, image, etc. That way people view wine not as alcohol, but as an element of French savoir-vivre and tradition.

Hollande reached out to the wine industry and connoisseurs by stating in Revue du Vin that “like many Frenchmen, I am seduced by the excellence of the wine our country produces. I enjoy wine tasting with friends and family… and I often open a good bottle to celebrate big events.” Last year the wine industry contributed €7billion to the economy, making it one of France’s key industries. 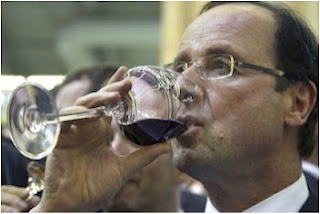 The French wine industry is vehemently opposed to deregulation of plantation rights. Owners of French wine estates like to keep the stock low and prices high, steering well clear of the mass production model that Australia has adopted. It will come as a relief to them that Sarkozy is no longer in office, as he planned to liberalise rules governing wine plantation. Hollande should however consider revising the Loi Evin as would enable vineyards to promote their wine more freely. In the long term, what everyone really needs is for the economy to bounce back as a whole, something which few economic experts can predict with any degree of certainty.
51.502781-0.087738
By continuing to browse the site you are agreeing to our use of cookies.