Champagne is not just seen as a drink for special occasions but as an asset.

Fine art, wine and even stamps are often featured in the collections of wealthy clientele all over the world, and can grow in value over time – but what about Champagne? 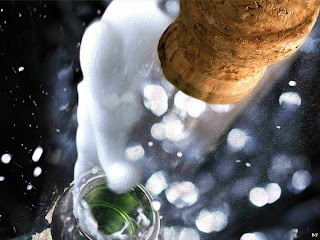 Demand for Champagne has rocketed, helped by the Diamond Jubilee and anticipation of the London 2012 Olympics. Buyers are recently favouring big brands, such as Armand de Brignac, and even celebrities such as Jay-Z and city traders are getting in on the act. Some use it to toast a good day at the office, others choose to collect it and hope for a return on their initial purchase. Enquiries have reached record levels among other brokers, with more and more seeing it as an attractive asset. The price of King Brut ’96 has jumped to £2,200 in the past 5 years – an increase of nearly 50 per cent (source: The Independent, June 12th 2012)! Furthermore one bottle of a rare Champagne vintage, Dom Perignon Rose 1959 fetched $84,700 (£54,200) at auction.


The country’s oldest wine merchant recently stated on FTadvisor.com that “Sales of vintage and deluxe Champagnes are often the first to take a dive in tough times but also the first to make a recovery. The fact we’ve seen an increase in sales [in 2011] after a drop [in 2010] may indicate that there could be more to celebrate in 2012 than the economic pundits would have us believe.


“People have been spending more and this is partly due to a number of our discerning customers appreciating the quality of the 2002 vintage which many top Champagne houses have released over the past year or so.


“Many customers have been wooed by this extraordinary vintage from the big houses such as Dom Pérignon and Bollinger to the lesser-known but increasingly fashionable growers such as Pierre Peters, Paul Bara and R&L Legras.”
English sparkling wine and Cava might be on the horizon, but Champagne is still seen as the ultimate ‘special-occasion drink’ and one which is certainly used to make bold statements. R ‘n’ B singer Chris Brown even sent his ex-flame Rihanna a bottle when their paths crossed in a New York nightclub (NY Daily News, 12th June 2012).
Like many collectibles, you have to choose wisely, do your research and select prestigious brands that are in short supply. In the wine market, Chateau Latour‘s recent announcement that it will not offer en primeur prices from 2013 will have interesting long term investment implications (source: FTadvisor.com 25th June 2012). The Chateau may drift out of the spotlight as a result of this but on the other hand it might gain greater prestige from being less accessible.
The same too can also been said of Champagne, unlike Cava it’s Spanish equivalent, certain brands of Champagne still hold their prestige because they follow the same age old French tradition: short supply, high demand.
51.502781-0.087738
By continuing to browse the site you are agreeing to our use of cookies.