HAVING A DRINK TO THE DIAMOND JUBILEE

With the Diamond Jubilee now over, we can only begin to imagine the amount of wine that was consumed over the 4-day bank holiday weekend not just by her majesty, but also by all the royal family members, her court and guests. Monarchs both past and present have embraced the fine chateaux of Bordeaux.

Looking back over history, the first major jubilee was held in 1809 to celebrate 50 years of King George III’s rule (1760-1820). The celebrations were held at Windsor Castle, which featured a grand fête and firework display at Frogmore. Afterwards the celebrations proceeded to St Paul’s Cathedral for a service of thanksgiving before holding a dinner at the Mansion House. 1760 Royal cellar records show that whilst his majesty enjoyed Claret, he had a soft spot for German Hock (a German dry white wine which originated from Rhine Valley). He also loved a good bottle of Port. 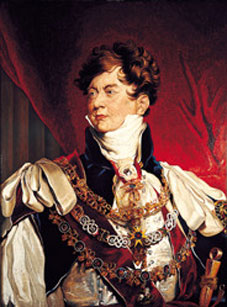 The monarchs that proceeded, George IV and William IV, were not on the throne long enough to have a jubilee, although George IV, who was instrumental in establishing the Brighton Royal Pavilion, remodelling Buckingham Palace and of laying the foundations of the National Gallery, did have a taste for Sherry. In fact his cellar held 1213 bottles of Sherry to be precise along with 805 of Madeira, 510 of Marsala and 335 of Port. Today’s Prince Phillip might be a ‘loose cannon’ at times, but at least wasn’t an resident drunk like George IV was (on occasions). In contrast King William IV was a very moderate drinker preferring a kind of medieval lemonade. His court enjoyed Port, Sherry, Madeira, Burgundy and a sweet and dry Champagne. King Edward VII detested Sherry favouring Claret, Brandy, Cognac and Whiskey. 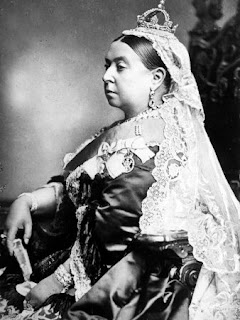 Before Elizabeth II the only other Queen to have had a Diamond Jubilee was Queen Victoria. The Victorian era was not only one of great innovation but also one in which the monarch embraced the fine wines of Bordeaux. As well as Sherry it is well documented that she ordered 16 hogsheads of 1834 Chateau Lafite, Latour, Grand Larose and Margeaux. King George V on other hand was reportedly celebrated his silver Jubilee in 1935 with a nice Cognac and Whiskey. At his coronation in 1937 he was served a 1929 Chateau Latour Martillac.

At this year’s 2012 Jubilee, our very own Queen Elizabeth II is said to have served and indulged in Champagne, Burgundy Loire, fine red wines along with 3 home grown English wines. Nyetimber Classic Cuvee 2007(a sparkling wine from West Sussex), Stopham Pinot Blanc 2010 (a dry wine,from the pinot blanc grapes of Pullborough, West Sussex) and some Albury Vineyard Silent Pool Rose 2011 are among the English wines that were featured.

The Queen still orders the ‘Kings Ginger Liqueur’ from the much-esteemed Berry Bros wine merchant, a relationship that dates back to King Edward VI. Not only does the company have premises in St James’ Street, but managing Director, Simon Berry has been clerk to the Royal Cellars for the past four years. As clerk he also chairs the committee which organises wine tastings in order to establish which wines should be served at state banquets. These tastings take place at Buckingham Palace Cellars and are often blindfolded for greater objectivity.

“A wonderful Victorian wine store with iron bins to store champagne at the right angle”, Berry says. Inexpensive New Zealand sauvignon blancs and basic red Bordeaux often feature. “The wines must be good, but theydon’t need to be show-stoppers,”

Whilst the committee chooses the wines, it’s Robert Large,yeoman of the Royal cellars, who selects what will be drunk at specific engagements, making sure that each of the Queen’s Warrant holders gets a chance to showcase.

It’s good to see the Queen embracing home-grown wines but many will agree that you cannot beat the clarets of Bordeaux, and at this year’s Jubilee her majesty served Chateau Latour à Pomerol; Chasse Spleen, Fonroque, Meyney, Phélan Ségur, Montrose,Ducru Beaucaillou, Gazin, Léoville Barton, Léoville Poyferré, and a little Haut Brion, Margaux, Mouton andd’Yquem. These are all high-grade investment wines, 6 of which fetched 90+ points from top wine critic Robert Parker.